There are several other memorials in the area commemorating the local men who fell in World War One.

The 'Willie Bird' or 'Wrythe Cross' was named after the son of the landlord of The Cricketers, a local pub in The Wrythe. The landlord, Mr G. Bird, was a popular community figure known as the 'Father of the Wrythe' and during the war had a list of local men who had gone off to fight displayed outside his pub. In 1915 his son Willie died from complications arising from appendicitis, and the cross was named after him. It was originally situated at St. Andrew's Mission Church in Wrythe Lane; when this site was demolished in 1964 it was moved to its current location in the graveyard of Carshalton (All Saints) church. 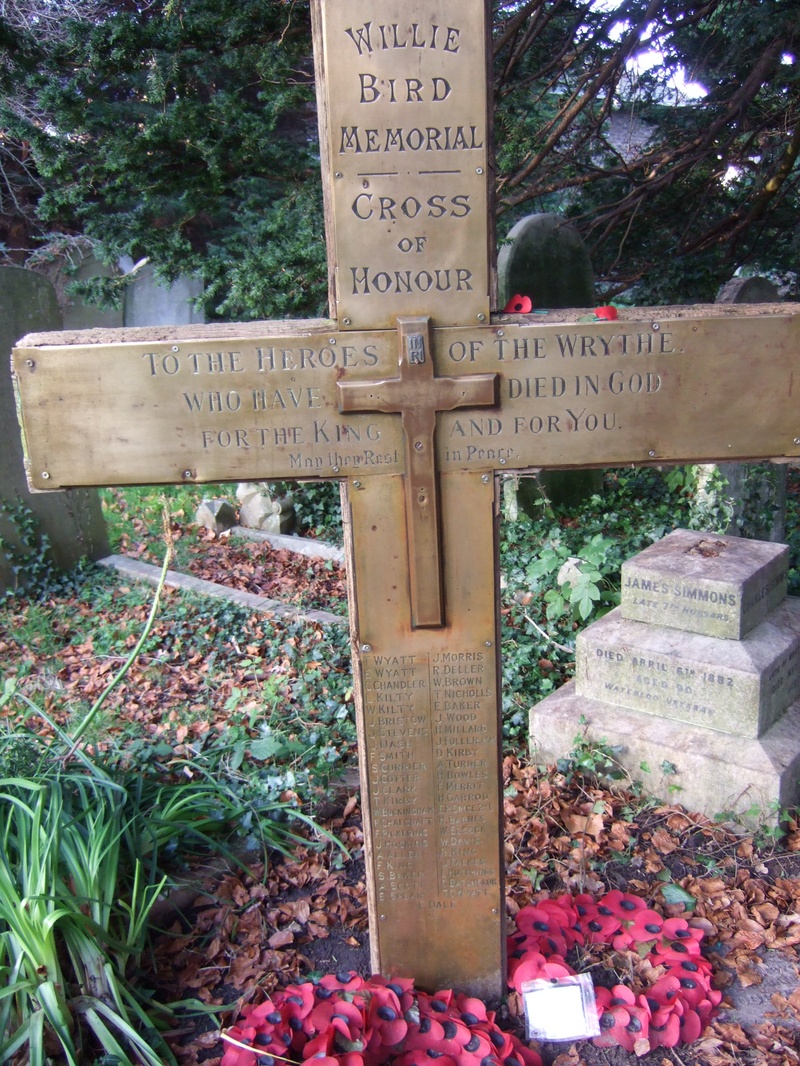 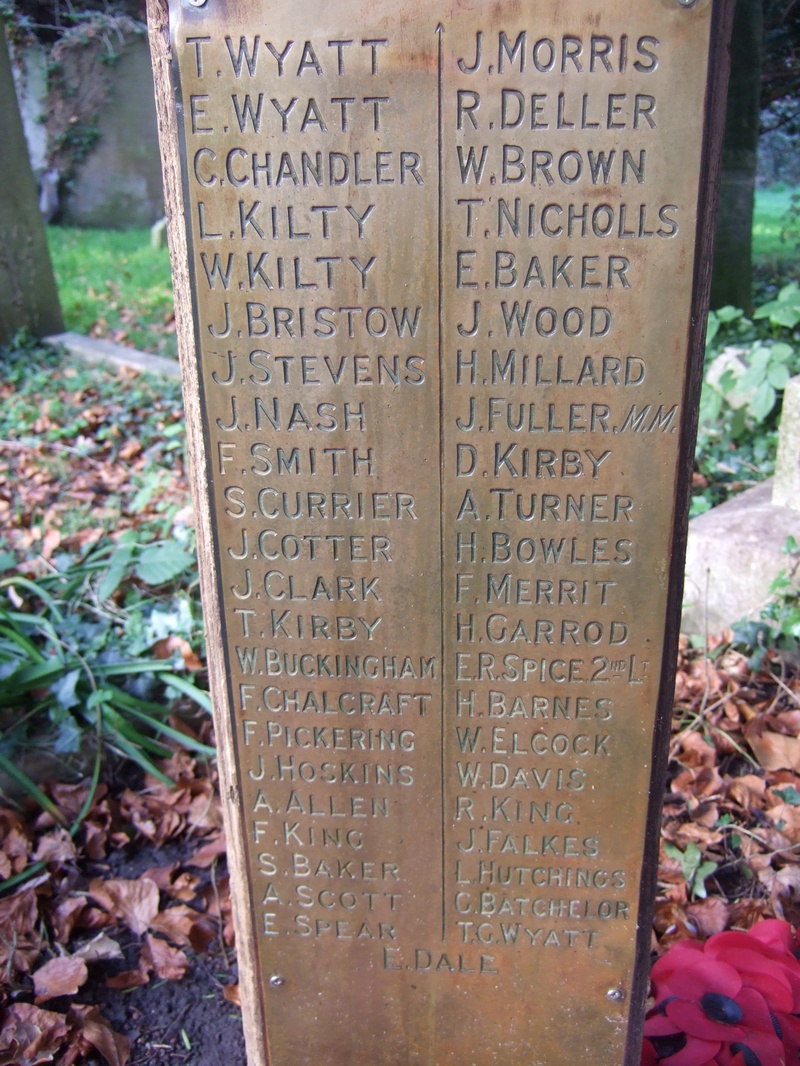 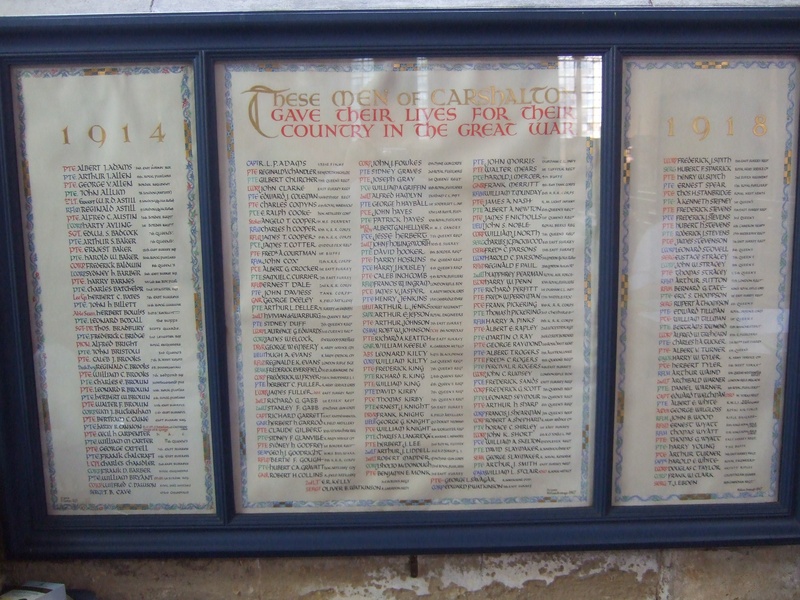 The Sutton War Memorial is situated in Manor Park, and was unveiled in June 1921. It shows the names of 525 local men who died in WW1, several of whom are also on the Carshalton War Memorial. 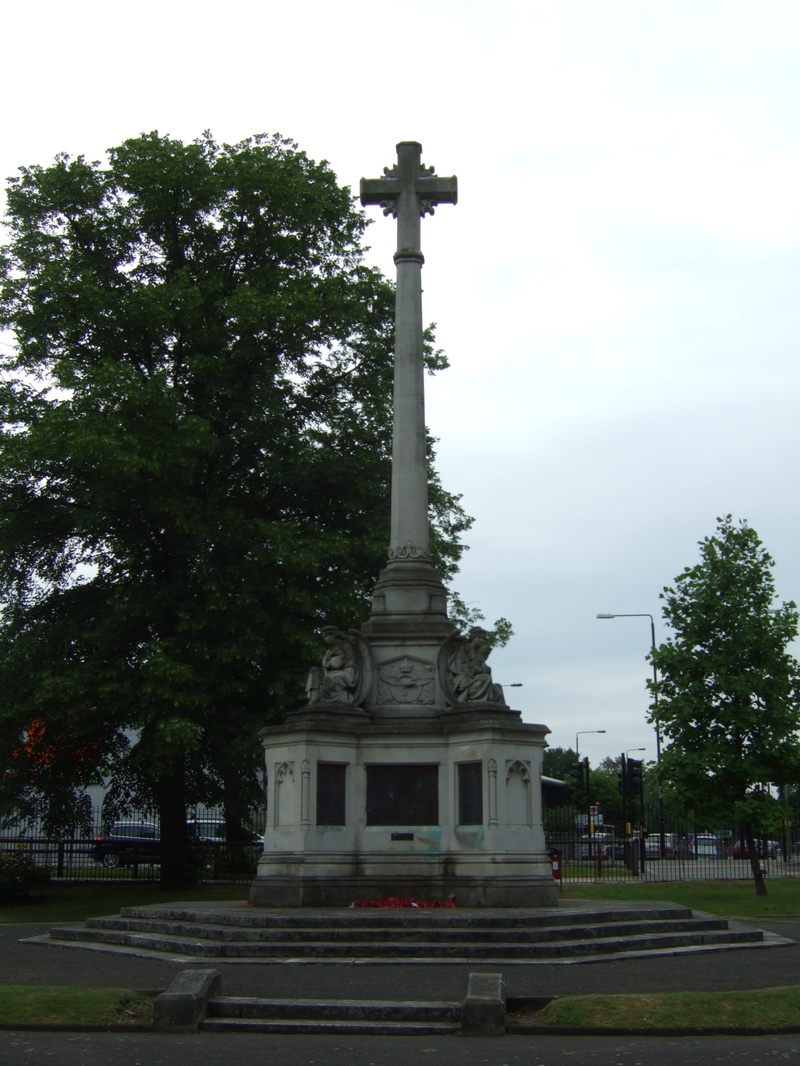 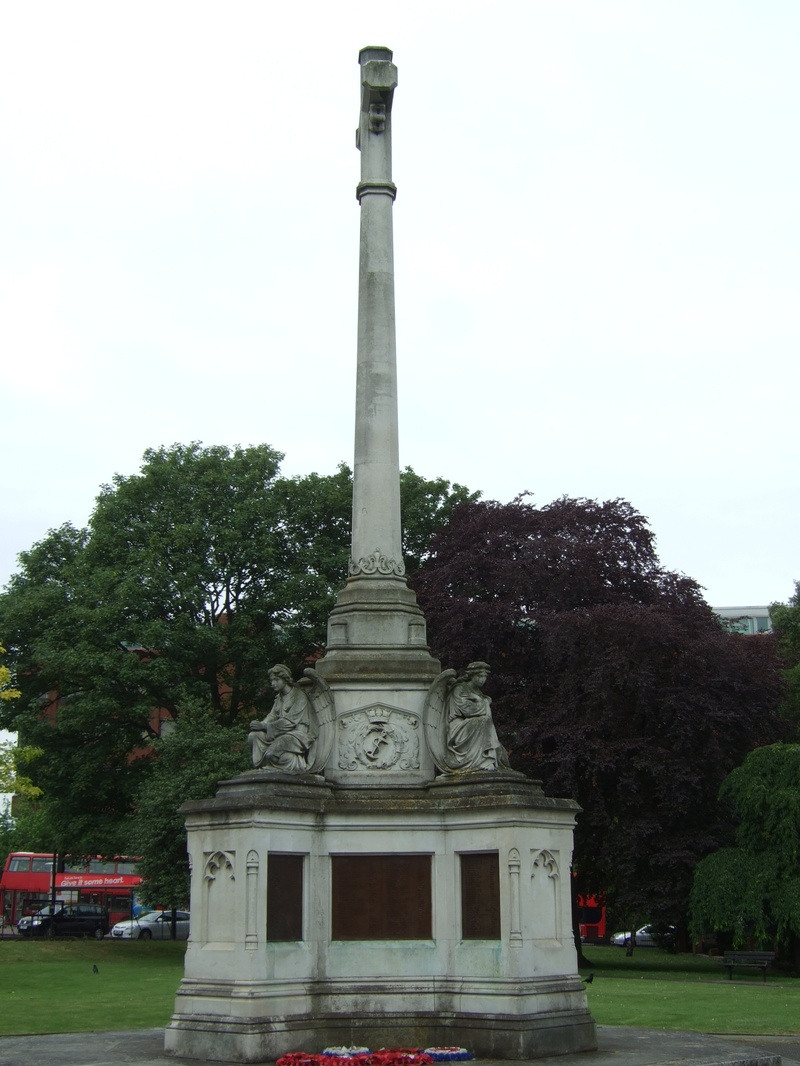 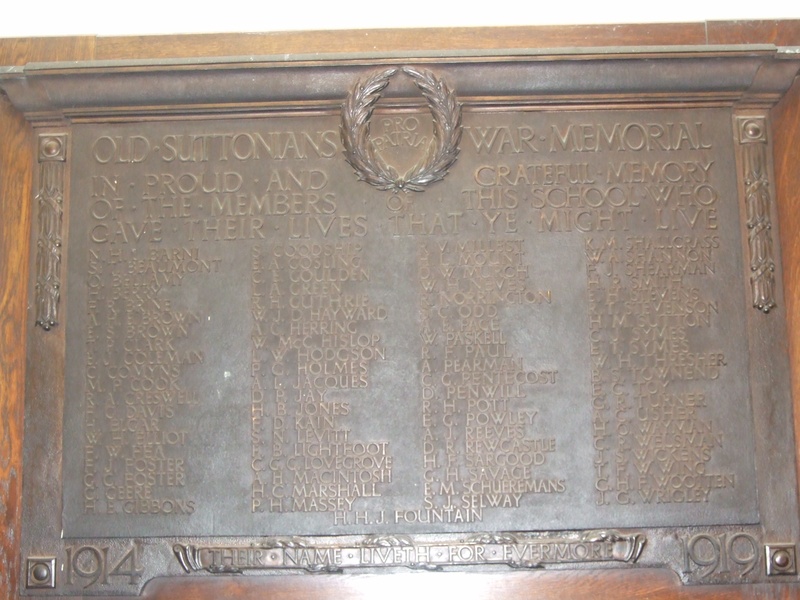 Sutton County School (now Sutton Grammar School). 7 of the men on Carshalton War Memorial had attended the school and are commemorated on this plaque.

Rifleman John Cox is commemorated on this memorial; he had enlisted underage. 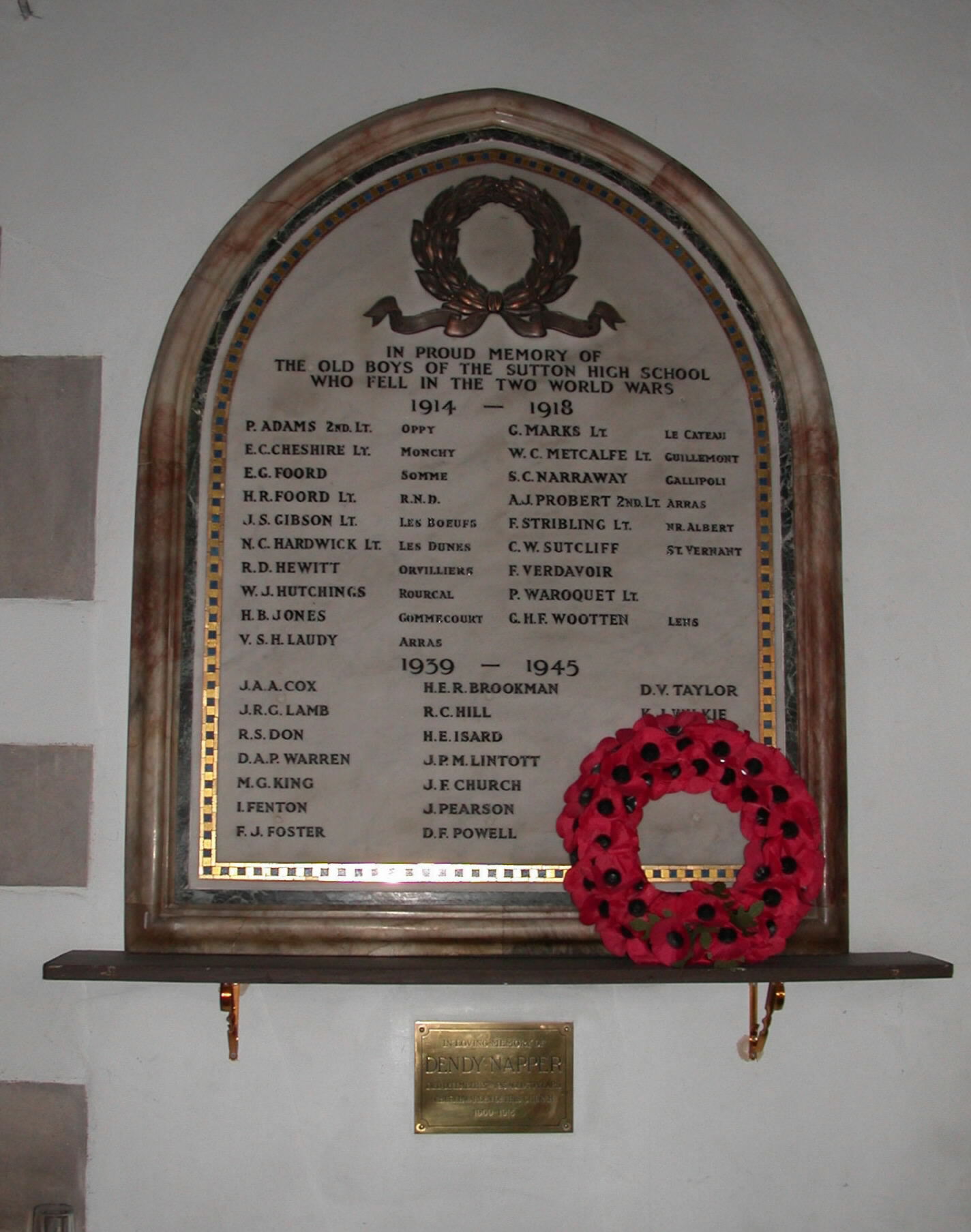 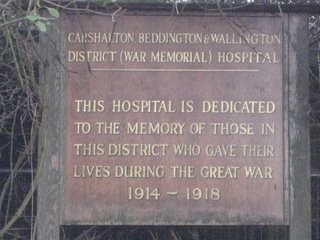 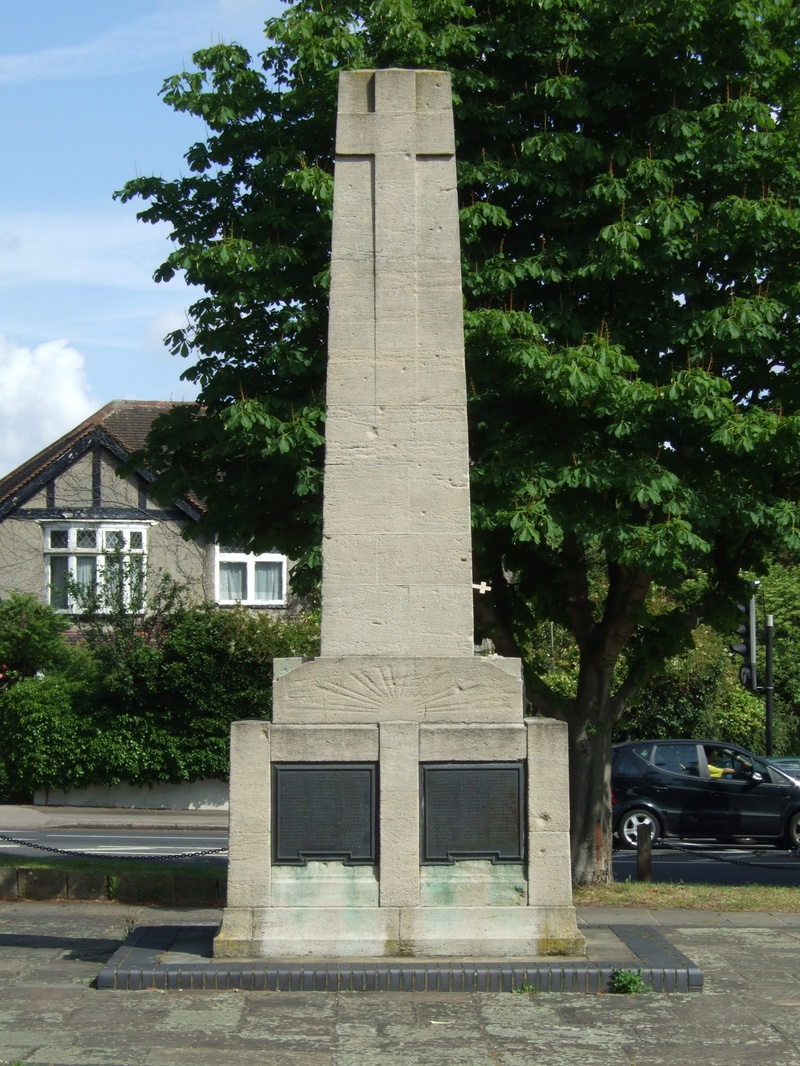 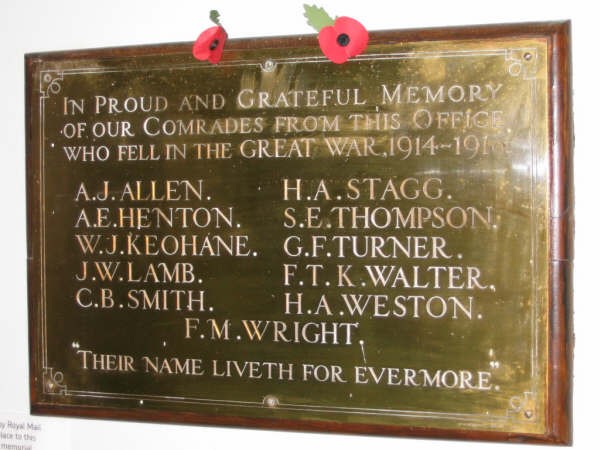 The memorial is inside the delivery office.